Each week I blog about some of my favorite things to listen to. It’s called ‪#‎favfridays‬ and each week I will post my favorite song, music video and mix show.  Click on the images to hear or view the songs.
Have your say and let me know what you think about my selections or post your own in the comments.  I’d love to hear what music is currently on the top of your list.

Sometimes saying things the way they are is the best way to understand.  K. Flay says it all in this high and low release titled FML.  If you didn’t know, it is an acronym for Fuck My Life.  K. Flay describes this track as finding the middle ground in her life and balancing them both, the highs and the lows. Give it a listen but be warned *explicit lyrics*. 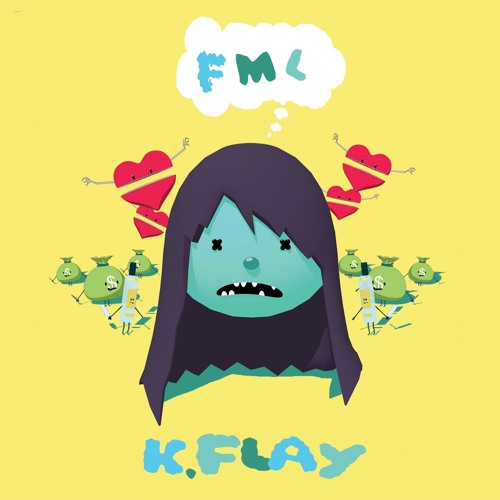 All I have to say about this video is that Chris Brown looks like a complete goofball.  He rides a bicycle for most of it and the clothing he wears seems like something from a 90’s fashion show.  Benassi on the other hand, looks cool and stylish while ridding his bicycle.  WTF Chris?!?

Diplo has made huge waves in the music world, from his producing start with M.I.A to his collabs with Skrillex to form Jack U and then his side project Major Lazer.  His residency at Las Vegas’ XS night Club is legendary.  This show from the 7th anniversary is proof.  He was named Dance Artist Of the Year in Billboards recent annual power list of DJ’s and executives.  Despite the title and ranking, Diplo believes that the DJ culture is a sinking ship.  I’m going to continue to float in anything he creates, regardless of the rough waters.

Tell me your favorite songs, videos or mixshows and I’ll share them on #FavFridays